At The National Centre of Stereotactic Radiosurgery in Sheffield, we provide a professional service in a relaxed and friendly environment for our patients.

This lady designed her own T-shirt in the week between her visit to clinic and her treatment which she was very happy to show everyone. (Oct 2015)

Our Stereotactic Radiosurgery multi-disciplinary team, which includes our  Neurosurgical Consultants, Oncologist, Neuro Radiologists, Physicists and Specialist Radiographers, would be happy to provide their expert opinion for patients you consider might benefit from Gamma Knife Radiosurgery.

Please address your your referral letter to any of our Consultants (please see below) or send to the departmental office at:

The National Centre For Stereotactic Radiosurgery

Images can be sent via IEP (Image Exchange Portal) or alternatively on a CD / DVD to the address above. 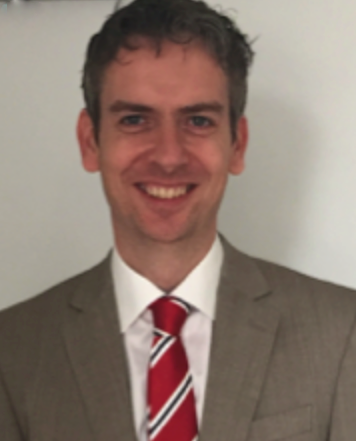 Mr Cahill was appointed Clinical Director Of the National Centre for Stereotactic Radiosurgery in November 2020.

He completed his Specialist Neurosurgery training in the West Midlands, UK in 2014. Following that he went onto sub-specialising further and completed the Royal College of Surgeons accredited Fellowship in Neuro Oncology at the Wessex Neurological Centre, University Hospital Southampton with Mr Paul Grundy and the Stereotactic Radiosurgery Fellowship, at the National Centre for Stereotactic Radiosurgery, Sheffield with Mr Matthias Radatz.

He has extensive experience of working overseas including Ireland, USA and Australia. His areas of specialist expertise are Neuro Oncology and Stereotactic Radiosurgery.

He was appointed as a Consultant in Neurosurgery with a specialist interest in Stereotactic Radiosurgery in May 2020. He has a strong research background and was awarded a doctoral research degree (MD) by the University College Cork for his translational research carried out at the Loma Linda University Medical Centre, LA, USA. His research track record includes multiple peer-reviewed publications, book chapters and presentations in national and international meetings. His current research interests include the treatment of intracranial metastatic disease.

He is a member of the Leksell Gamma Knife Society, The Royal College of Surgeons of Ireland, The British Neuro Oncology Society and The Society of British Neurological Surgeons.

Matthias Radatz was Clinical Director Of the National Centre for Stereotactic Radiosurgery from June 2013 to November 2020.

He was elected as Chairman of the Stereotactic Radiosurgery CRG (Clinical Reference Group) on the 12th July 2013. He qualified in 1991 and for three years worked as a neurosurgical trainee in the Krankenhaus Neukoelln, Berlin in Germany.

This was a busy teaching hospital with its own Casualty and Trauma Centre.   During this time he was responsible for the Neuro-ITU and developed a special interest in subarachnoid haemorrhage, plus gaining experience in stereotactic and functional neurosugery.

In February 1994 he took up an appointment as Registrar in the Neurosurgical University Department here at the Royal Hallamshire Hospital in Sheffield.  He extended his experience to include Stereotactic Radiosurgery using the Gamma-Knife and gained promotion to Senior Registrar in May 1995.

In June 1996 he returned to Berlin, to the Krankenhaus Neukoelln as Senior Registrar and was involved in establishing Image Guided Neurosurgery in his unit.

In October 1997 he was appointed as Specialist Registrar in the Neurosugical Department, Radcliffe Hospital, Oxford.  This was a post he sought in order to develop further his interests in Stereotactic and Functional Neurosurgery.

He was appointed Consultant Neurosurgeon and became a Fellow of the Royal College of Surgeons in 1999. He has a  special interest in both Stereotactic Radiosurgery and Stereotactic Functional Neurosurgery, here at the Royal Hallamshire Hospital.

John Yianni qualified in 1996 from University College London and subsequently undertook basic surgical training in Oxford, becoming a Member of the Royal College of Surgery of England in 1992. 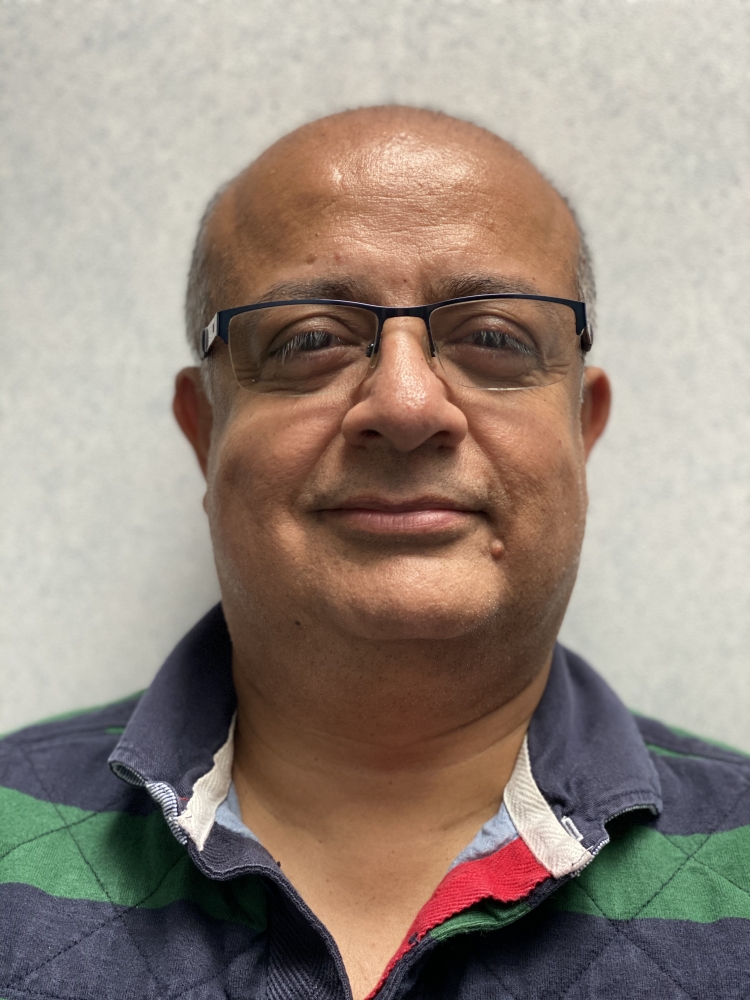 Mr Dev Bhattacharyya was appointed as a consultant in neurosurgery at the STH Royal Hallamshire Hospital here in June 2007 to 2014 specialising in epilepsy surgery, with significant involvement in trigeminal neuralgia surgery.

Before becoming consultant, whilst a registrar attached to Consultants M Radatz, AA Kemeny and JG Rowe, he participitated in radiosurgery patient care for 2 yrs, this giving significant exposure to radiosurgery.

Having gained a serious interest in and having gained much experience in dose planning on the Perfexion Model of Gamma Knife, he joined stereotactic radiosurgery team  in 2014.

Mr Ramez Ibrahim was appointed as a Consultant at Sheffield Teaching Hospitals in 2017.

He holds three neurosurgical board certificates, the Royal College of Surgeons Fellowship, the European Board of Neurosurgery and the Egyptian doctorate in Neurosurgery.

He moved to the UK in 2010 and undertook further training fellowships at the University Hospital of Wales in Cardiff under Mr Richard Hatfield, Mr Brian Simpson and Mr George Stephenson. This was followed by a Skull Base surgery fellowship at the John Radcliffe Hospital in Oxford with Mr Richard Kerr.

He gained extensive exposure and experience in all aspects of spinal disease from trauma to tumour work through to adult and paediatric spinal deformity. This gave him the unique opportunity of the understanding of spinal pathology from an orthopaedic perspective in addition to his neurosurgical experience.

He maintains active research interest within his subspecialty and has published one of the largest single centre case series on the Gamma Knife radiosurgery treatment of Glomus Jugulare tumours. He has an active role in teaching at undergraduate and postgraduate levels and has been a faculty member on Cadaveric courses and neurosurgical trainees’ induction courses. He presents regularly national and international meetings.

Mr Mezei was appointed as a consultant neurosurgeon in Sheffield in 2018 with special interest in Neuro-oncology and Stereotactic Radiosurgery.

Mr Mezei graduated at University of Szeged, Hungary and was awarded his MD degree at University of Debrecen, Hungary in 2001. During his medical training undertook scholarships and fellowships in Germany and Italy.

Following his university PhD fellowship and foundation training; Mr Mezei started his neurosurgical training in Hungary. His main training site was the Department of Neurosurgery at University of Debrecen. This is a large University Hospital where the whole spectrum of neurosurgery are practiced including stereotactic radiosurgery and pediatric neurosurgery.  Since 2008, Mr Mezei has gained substantial experience in Radiosurgery on various platforms and was appointed as Consultant in Hungary in 2011.

He subsequently completed his Fellow of Royal College of Surgeons equivalent specialization exam in 2011, and was appointed as a specialist neurosurgeon at Department of Neurosurgery, Debrecen. In this substantive consultant neurosurgical position, he covered the whole spectrum of neurosurgery with special interest in neuro-oncology, simple spine surgery including instrumentation and stereotactic radiosurgery.

He left his European surgical practice in 2015. Mr Mezei has GMC maintained registration in the UK since 2014 with licence to practice and registration on the specialist board.

Mr Mezei transferred to UK at the end of 2014 to start a further fellowship in Radiosurgery at the Royal Hallamshire Hospital under the guidance of Mr Radatz.  Following completion of this fellowship Mr Mezei remained at the Hallamshire Hospital to gain further experience in operative neurosurgery, leadership and management and commenced his substantive consultant post in 2018.

Mr Mezei was awarded his PhD in 2015 in the field of neurosciences in neuro-oncology. His scientific interest includes intraoperative tissue diagnosis and tumour genetics. The results of this were presented in the form of multiple peer-reviewed publications, book chapters and presentations in national and international meetings. In the field of radiosurgery he has a particular interest in the Radiosurgical treatment of large acoustic neuromas, metastatic brain tumours and vascular malformations.

© The National Centre for Stereotactic Radiosurgery2005 - 2014